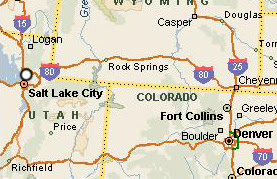 Day 3 of our trip found us right where we wanted to be. Phillip went and got a lot of empty boxes and tape to seal them up once they were filled, and then a U-Haul truck was appropriated. After that, it was just start filling boxes and loading furniture. Layton, Utah had gotten a lot of snow before we arrived and they were still digging out from under it, but the roads were clear. The only trouble is, it started snowing again almost immediately, and snowed on and off the whole two days we were there. The goal was to get the furniture and the last few odds and ends tied up early enough so the four of us could go somewhere and enjoy a nice, slow sit-down dinner. Leftover pizza was what we had for lunch, but a Chinese restaurant was chosen for our relaxed meal and it was quite good. The portions were so big that the leftovers lasted for lunch on Day 4 and a late dinner after we arrived at our hotel later that night. Oddly enough, both Phillip and I chose the Sesame Chicken.
Because we were so busy moving on this day, there wasn't much time to take many photographs. Looking back, it was a tiring day, but not necessarily as hectic as it had been on the road. The captions below the pictures can speak for themselves. Stay tuned for Day 4. 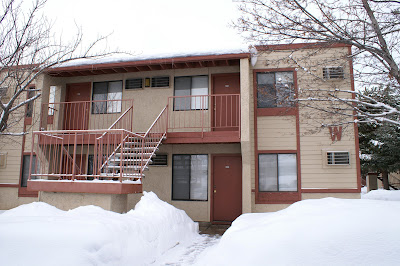 My brother Matthew and his wife Sarah's Apartment. 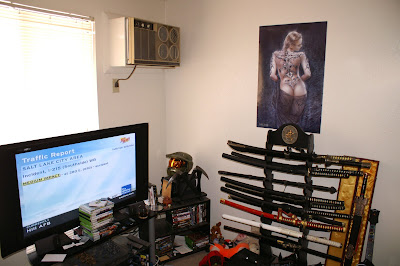 Inside their apartment. (Notice the Samurai swords.) 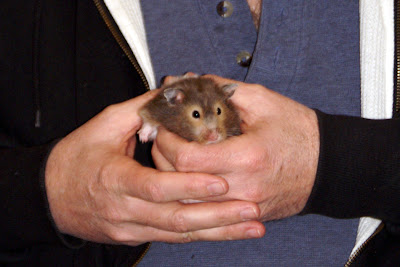 Sarah's hamster Nora was another passenger we had gone to pick up. That was one of the chief reasons - for some unknown reason, they don't sell bus tickets to hamsters. And there wasn't really any other good way to get her half way across the country safely. Nora would have another part in this adventure when we got back on the road, so keep the hamster in mind. 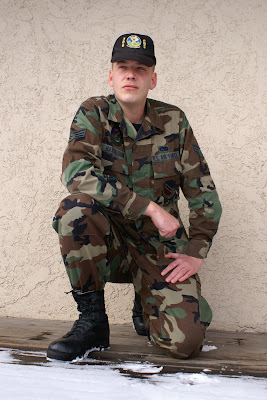 My brother Matthew in uniform. 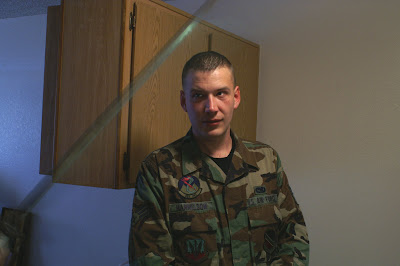 Matthew about to take a Samurai sword to the head. 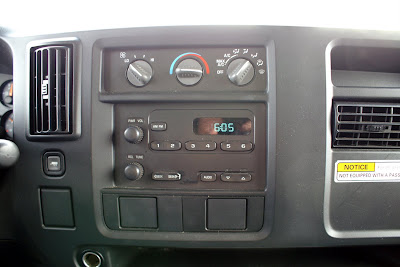 The view I had while riding in the U-Haul.

Posted by HaarFager at 6:02 PM